Skip to content
Sorry it has been so long since I have posted! I was super busy moving into my new flat and I only got my broadband installed on Monday, I genuinely felt so lost without the internet! It’s taken me a couple of days to write this post too as I currently have allergic conjunctivitis and I can’t stare at the computer too long as its so bad it’s been affecting my vision on and off. Anyway, enough of the pity party haha…
Most of you will know that I love America and everything about it, so I wanted to dedicate this post to my USA Bucket List of the top places I want to travel in America. Three years ago I applied for a student visa and went to live in California for four months, it was one of the most amazing experiences of my life and it definitely made me love America even more, making my list of places I want to travel long than I could possibly ever imagine! I traveled around a lot of Southern California while I was there and I even got to visit a friend in Boston, so they won’t be on this list.
New York 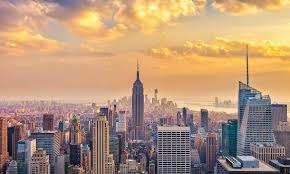 I am pretty sure that New York is an obvious choice for a USA Bucket List, but why wouldn’t it be? There are so many things I want to go to NY City including shopping, walking around Central Perk, being able to actually say I am in Times Square, going on tours for my favourite programs (SATC, Friends, Gossip Girl), cocktails in secret city bars, eating in amazing restaurants, watching shows on Broadway and so much more! I have dreamed about going to New York for as long as I can remember and I know that one day I will get there.  Another amazing thing about the state of New York is Niagara Falls, something I would absolutely love to see!
Chicago 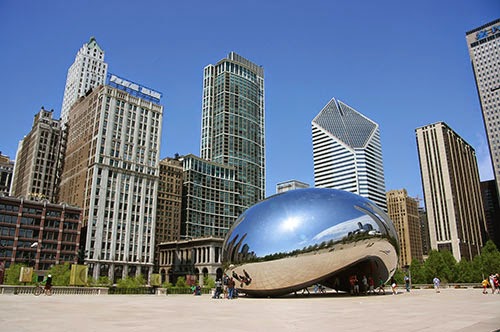 I love cities and I would absolutely love to go to Chicago for so many different reasons! Similarly to NY City I obviously want to go shopping in Chicago, I have a lot of friends from here and they have such amazing fashion sense that I am dying to see what I can find there! I also really really want to go to the top of Sears tower as I have been told that you can see four states from the top. I am a little bit scared of heights, but I think that it would be awesome to be able to say I’ve done that.
Orlando 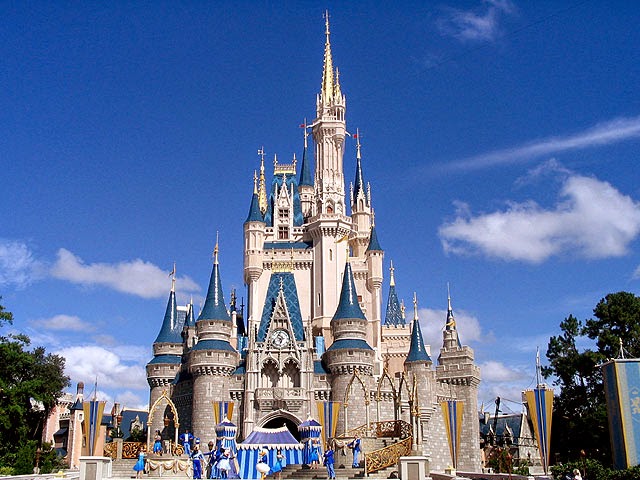 Do I really need to explain why I want to go to Florida? Uhmmm, DISNEY WORLD!! I would absolutely love to be able to relive my childhood and spend a couple of days at Disney World and Universal Studios. I am such a big kid that this would probably be my perfect holiday. I applied to work here a couple of years back and got through the interview stages but in the end I couldn’t afford to go. I was absolutely gutted and made a personal goal to one day go.
New Orleans 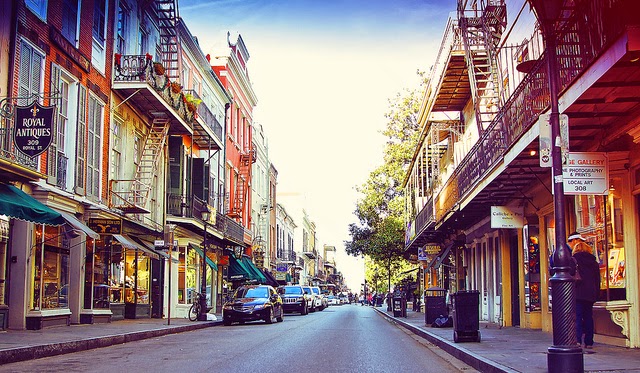 New Orleans is what I imagined the whole of America to look like when I was younger. I think it looks absolutely stunning and I would love to walk around all of the tiny streets as they look like there is so much history behind them. Not to mention, Louisiana is the home of my drink of choice, Southern Comfort.
Aspen 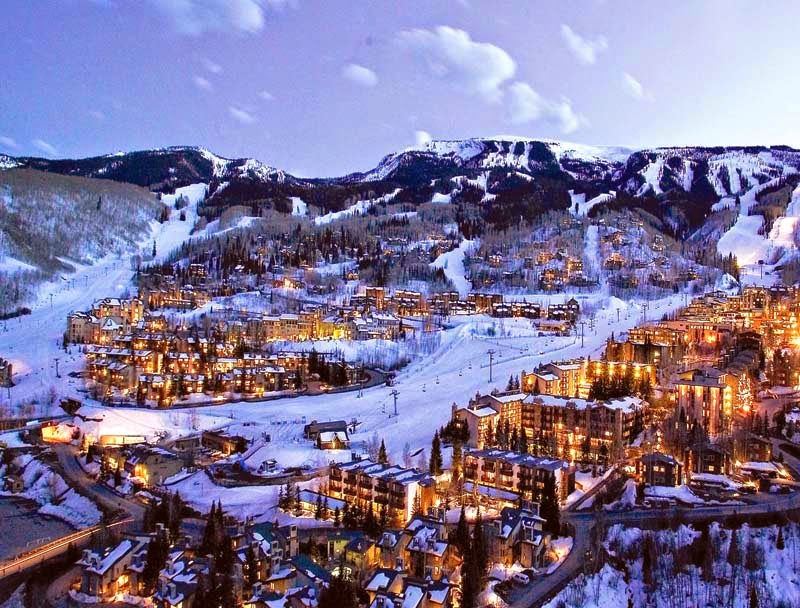 How pretty does Aspen look? I have a few friends who used to go to Aspen for Spring Break and I am seriously jealous. I don’t know the first thing about skiing but I would love to give it a go, even though I would probably break a bone! I think the evenings would be absolutely perfect sat in a cabin in front of a log fire drinking hot chocolate. It sounds like absolute bliss to me!
Las Vegas 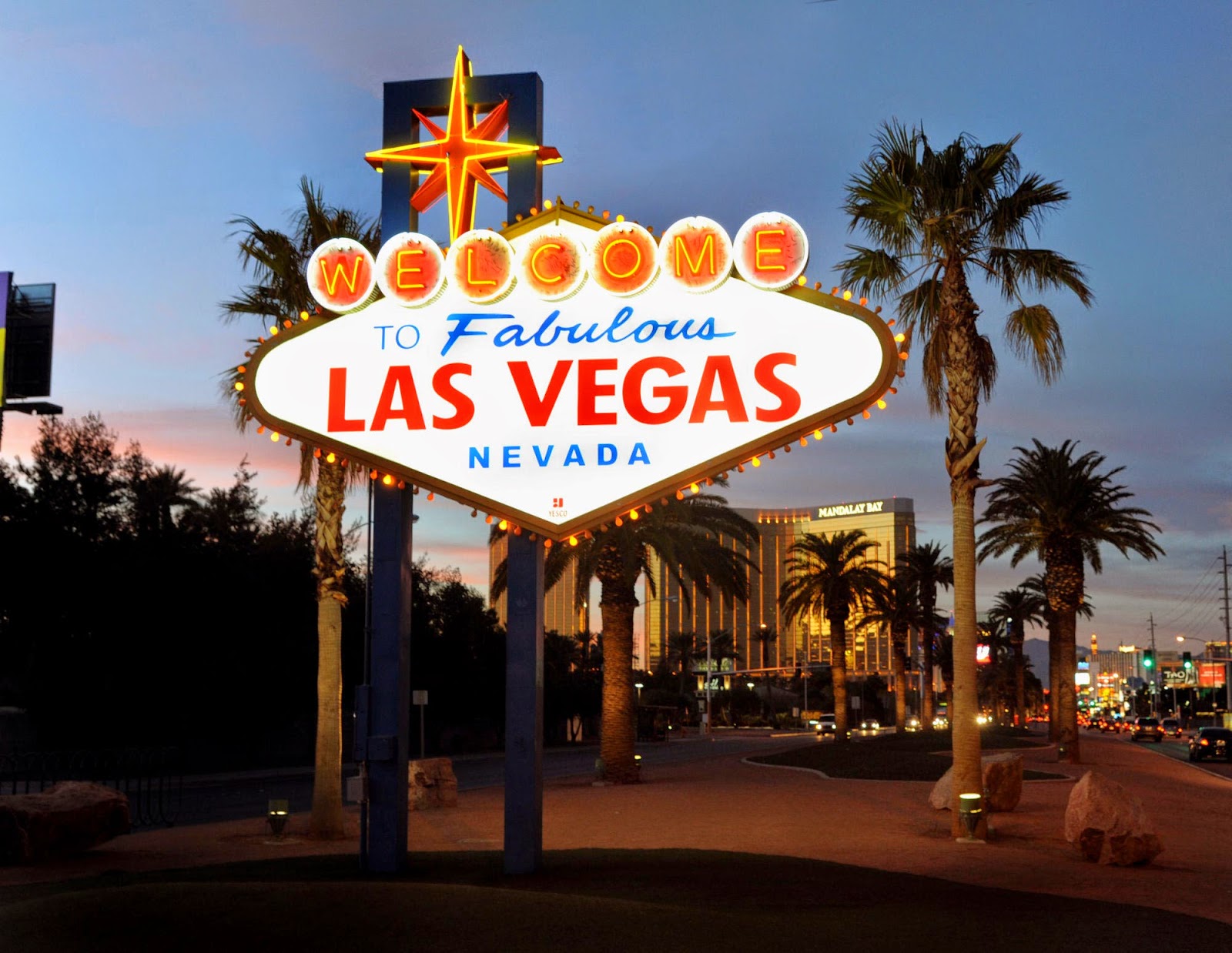 I don’t think any USA bucket list is complete without Las Vegas. I almost had the chance to go for Labor Day Weekend when I was living in California, but I decided that as I was 19 at the time all I would be able to do is stand in the street and watch everybody else have fun. Ever since, I have wanted to go more than ever and so many people I know are going this year that I have serious Vegas envy. This one is definitely high up on my USA bucket list, so lets hope its sooner rather than later!
Seattle 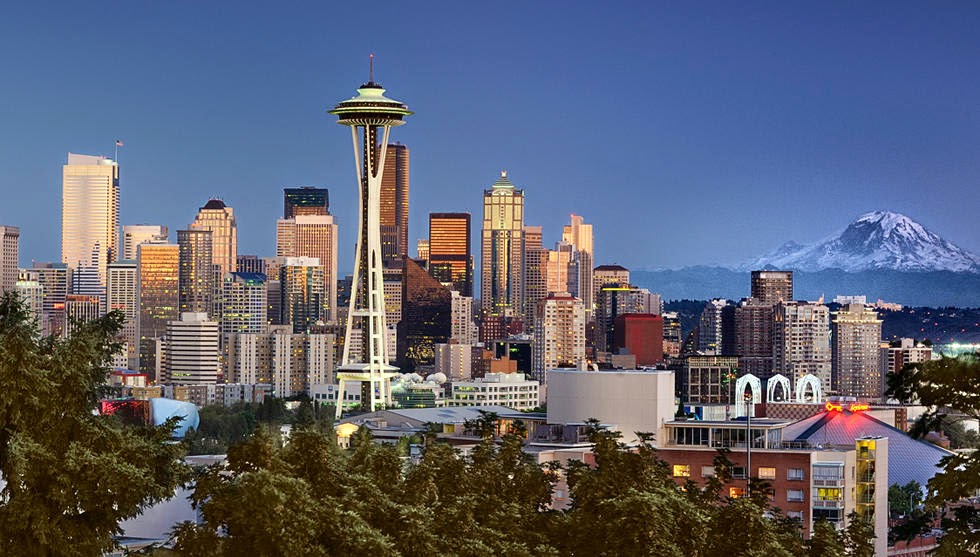 Last summer I had to take part in Summer School in order to pass my degree and I met a lovely American girl from Seattle. She was so proud to be from Seattle and talked about it with such passion that she’s really made me want to go. I absolutely love how the Seattle skyline looks, especially as you can see the stunning mountain range in the background. Of course, I would  have to go in the Seattle Space Needle while there, which I think would be absolutely breath taking at night.
Washington 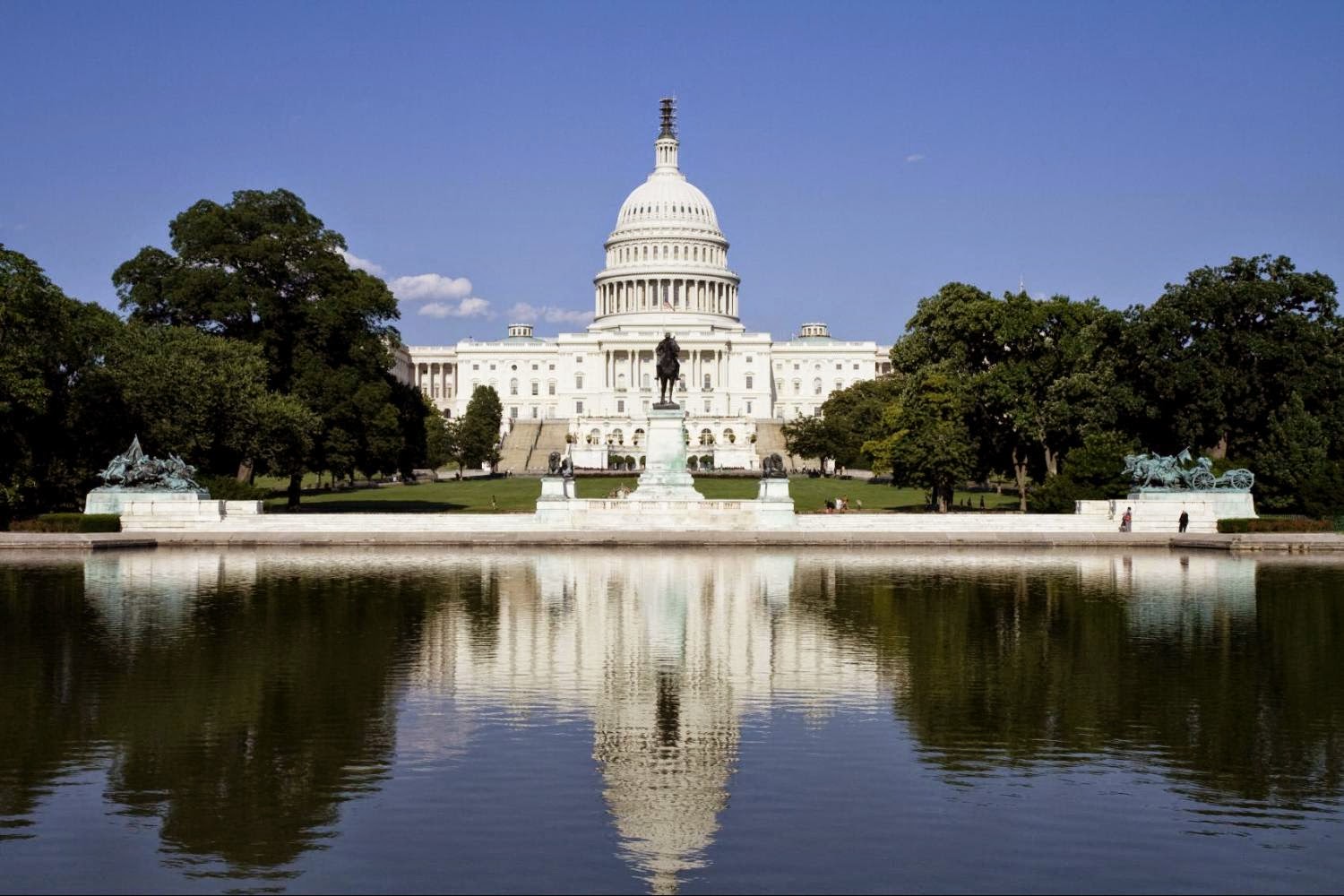 I keep telling myself I want to learn more about America and I can’t think of a better place to start. Washington has so many different things to do I don’t think I could ever be bored. With the White House, Washington Monument and the Lincoln Memorial just to begin with, I honestly think there is so much I could learn from even just a couple of days here. 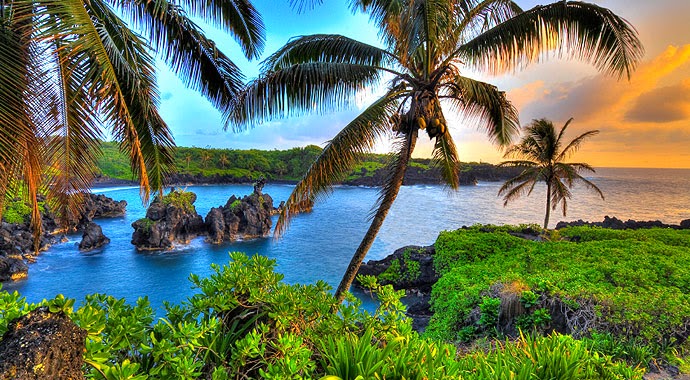 I don’t think I can put into words how much I want to go to Hawaii. I have been saying I want to go for as long as I can remember, I even want to get married there! I love beaches and Hawaii definitely has some beautiful looking places that I can’t wait to explore. Sunsets are one of my favourite things and I would love the chance to be able to watch the sun set on a beach in Hawaii. One thing that is on my overall bucket list is to swim with Sea Turtles in Hawaii and I know I will do it. One day.
Arizona 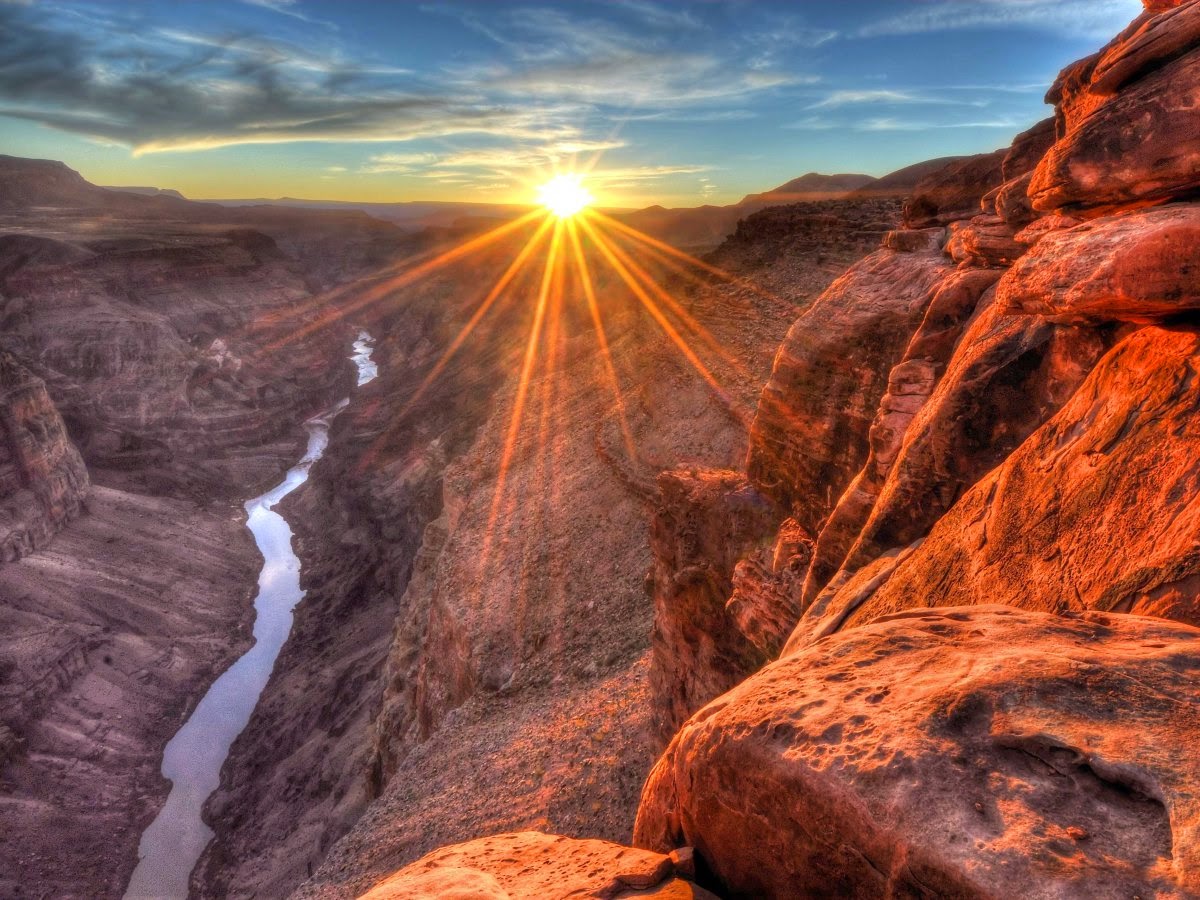 The Grand Canyon is another thing I would absolutely love to be able to see and I am gutted I didn’t get the chance to go when I was in California, as its (kinda) close to where I was. I think it would be such an amazing accomplishment to say I’ve been there and I can only begin to imagine the amazing photographs I would be able to take while there.
This list is only a fraction of the places I want to go in America and tbh, I think I could talk about it for hours on end. I can’t believe I have a passion for a country that is so expensive to get to, but believe me one day I will be able to cross off every single one of these. I think I may need to start saving up for TrekAmerica Trip for next year…
What places are on your USA Bucket List? Have you been to any of the places on mine?

Keeping your Home Safe When you go on Holiday

Why I am Taking a Short Break from Travel