Those of you that follow me on Twitter will know that I went to London on Saturday to finally meet Adele, after months of planning an amazing day in the capital! I have really missed London since moving away in November so it was amazing to go back and honestly felt like I had never left!

First of all, I would like to publically apologise to Adele for the amount of walking we did… but it was a lovely day spent in the sun! 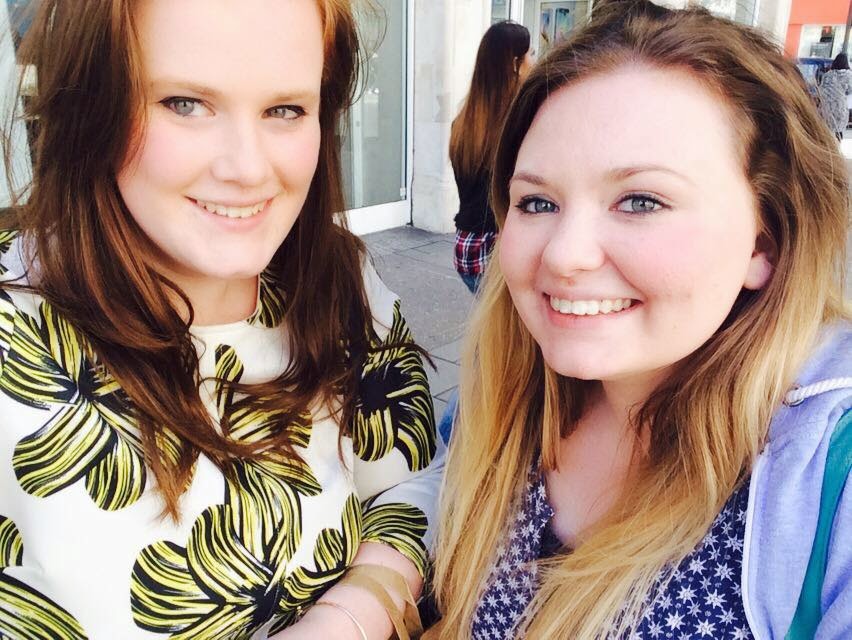 The day started off with an absolute nightmare as my alarm didn’t got off at 4.30am and I woke up an hour later with only ten minutes till my first train! After I quickly got ready (completely ignoring my hair and makeup) I legged it out the door in time for a 6.50am train to Birmingham.

Three and a half hours later I made it to Euston where I met up with Adele! After an emergency trip to the bathroom (which I had to pay 30p to use…) to apply my makeup we headed to Tottenham Court Road. Naturally, our first stop was Primark where we spent most of the time lusting over stuff we couldn’t afford till payday. I did buy myself a couple of treats though including an appletini mini candle, a hair bobble ball (why the hell not?) and a flowery headband. 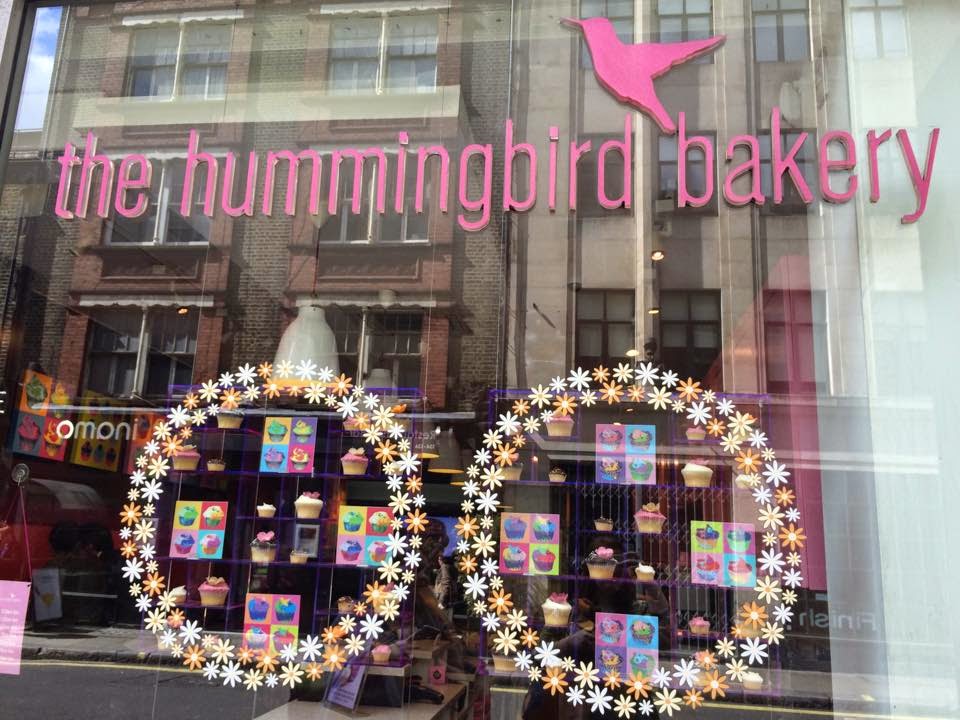 After Primark we started walking down Oxford Street when I remebered about the Soho Hummingbird Bakery, we headed over to have a look at all of the amazing cupcakes. I had to resist a slice of their amazing rainbow cake as I hadn’t actually eaten anything yet and I wasn’t quite feeling like Penny from Girl Online and having Cake for breakfast… 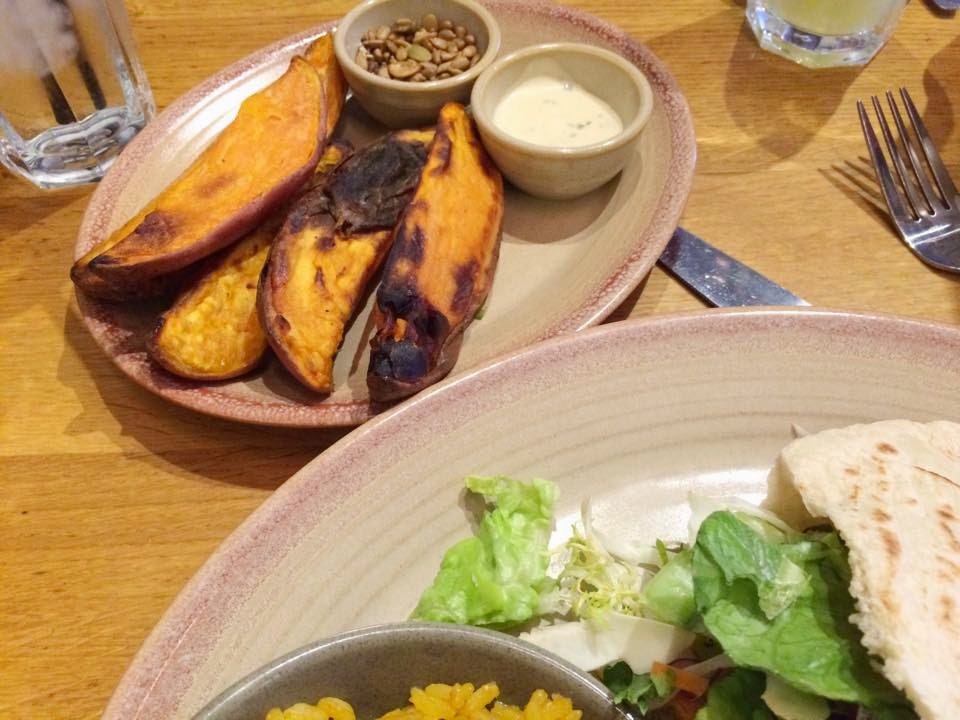 We decided to get something to eat next as we were both absolutely starving and after months of trying to decide where to eat we ended up at Nandos, ha ha! When we sat down Adele told me she had got me a present and gave me the cutest little package ever – a Centreparcs postcard with a piece of rock from the sweetshop, so thoughtful :-)! Anyway, I was dying to try the new sweet potato wedges at Nandos and they did not let me down! With a little bit of peri peri sauce they are absolute perfection!

After eating I was dying to go to Forever 21 as I had seen a few things online that I really wanted. It was pretty dissapointing when we got there and I didn’t end up buying anything but I did fall in love with a gold birthday girl headband that I could not justify buying as it’s not my birthday until December. I am pretty sure I will end up buying it online come payday as to be honest, why wouldn’t I want to wear a tiara on my birthday? 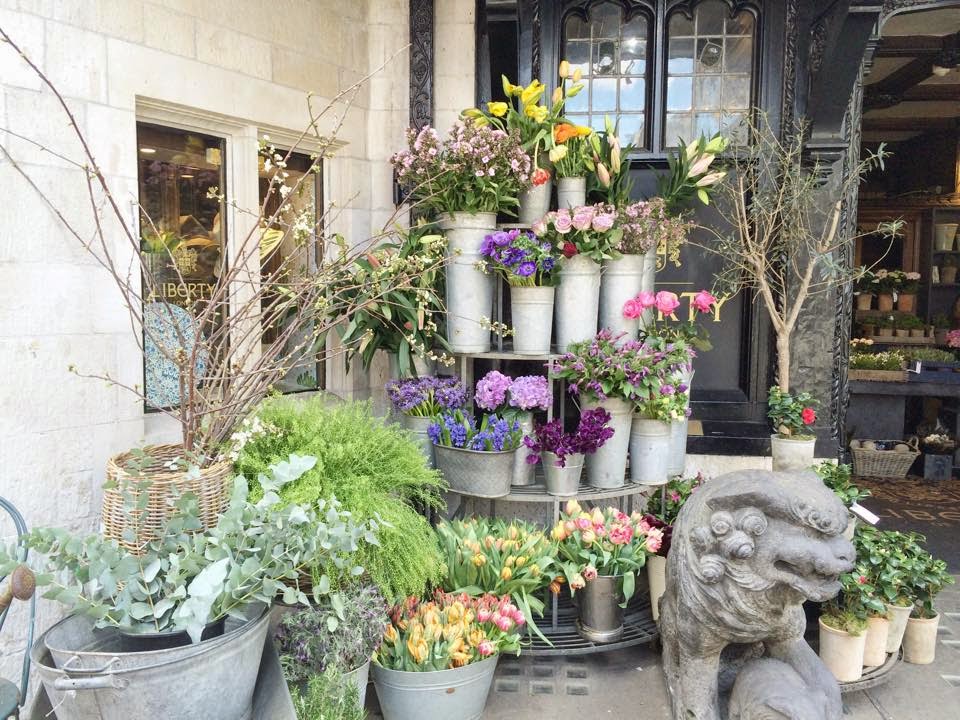 Next we headed down to Regent St so we could go to Liberty. I had never actually been to Liberty before even though I lived in London for nearly four years (I am such a bad blogger!) but Adele wanted me to go and look at the flowers, which were so cute! 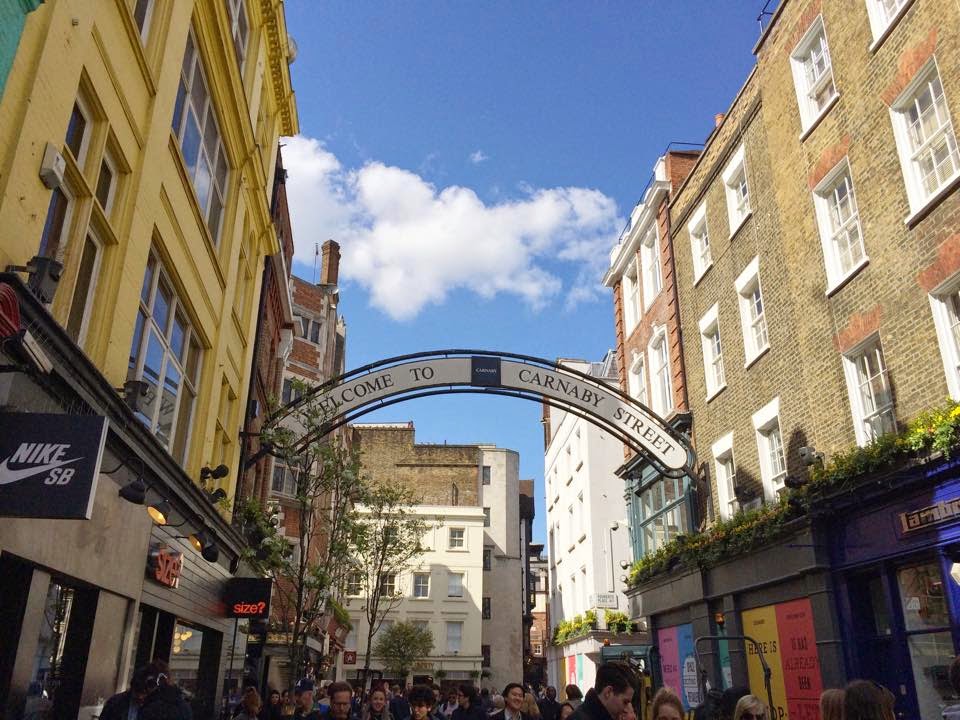 Next we made the VERY short walk to Carnaby St to go to MAC and Choccywoccydoodah. MAC was so busy it was difficult to do anything and when I asked the store assistant for Velvet Teddy she looked at me like I had just landed from Mars. Realising she was going to be no help I decided to test every single lipstick possible when I fell in love with Mehr – what I consider to be a dark horse lipstick as I have never heard of it before but it is stunning.I made a cheeky little purchase so will be reviewing pretty soon 🙂 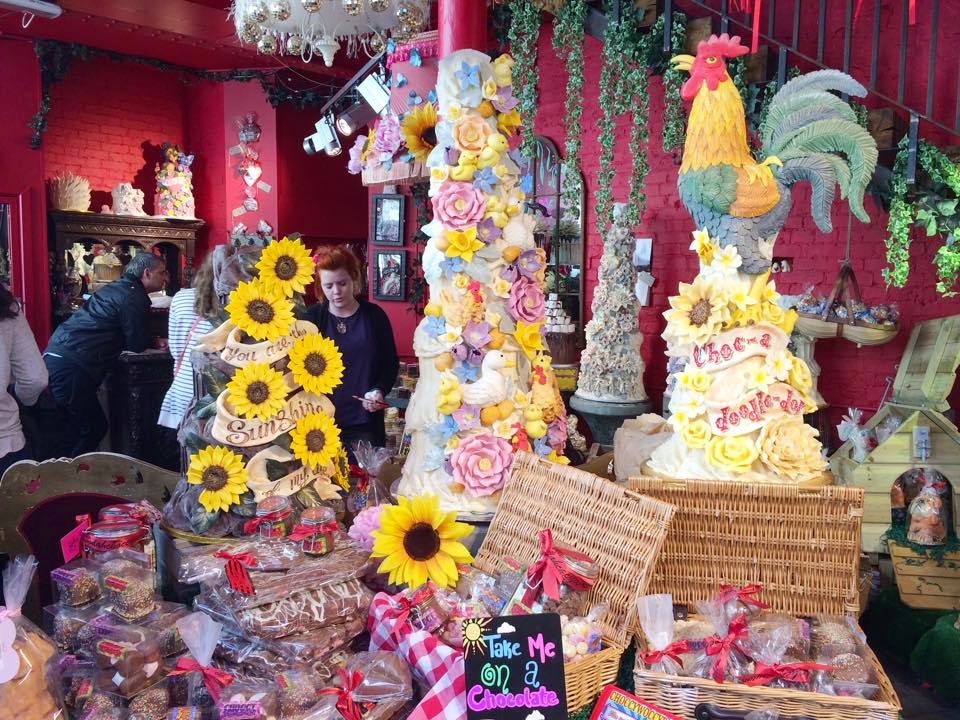 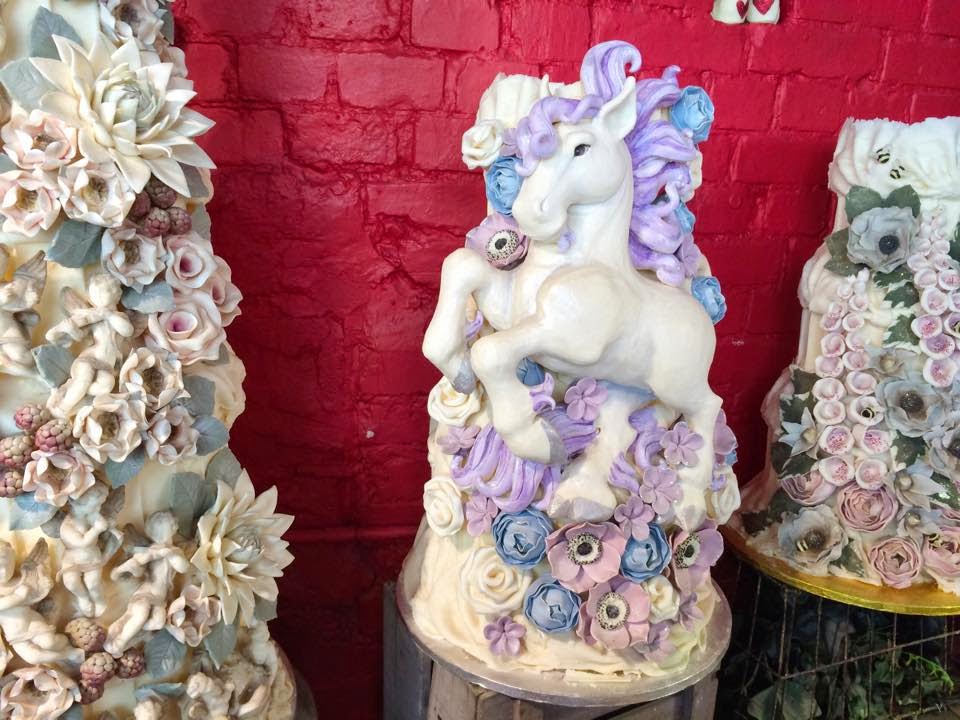 Chooccywoccydoodah is right opposite Carnaby St MAC and as Adele had never been in I dragged her inside to see all of the amazing chocolate goodies. It’s hard to believe that people can do the amazing things they do with chocolate when I can’t even ice a cupcake properly. I absolutely loved the Unicorn cake and was totally planning what my wedding cake would look like for my non-existent wedding while walking around. *insert heart eyes emoji here* 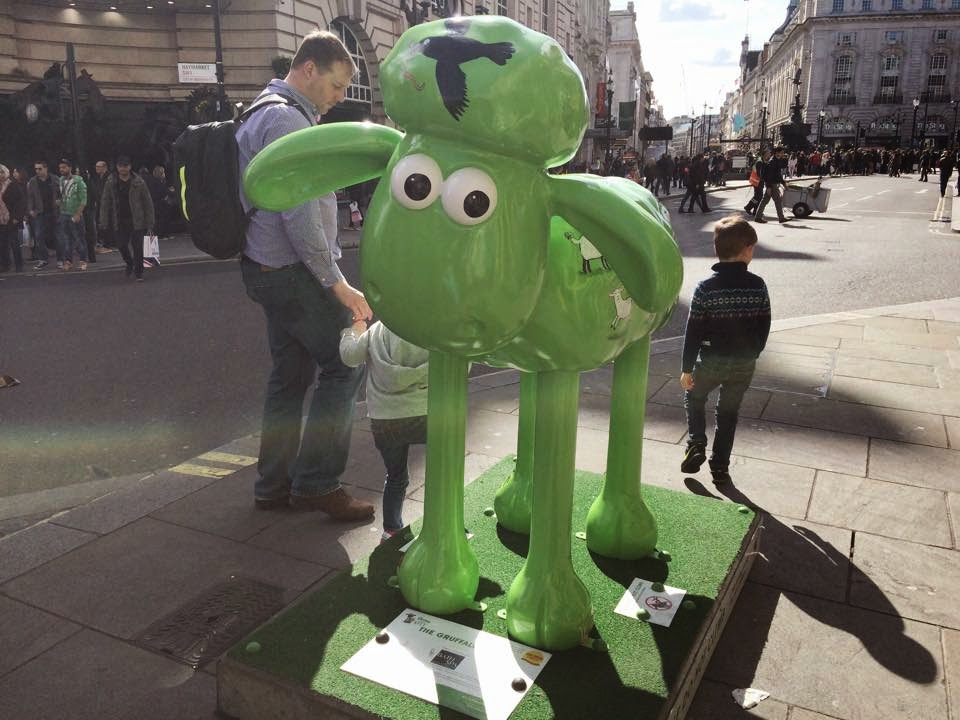 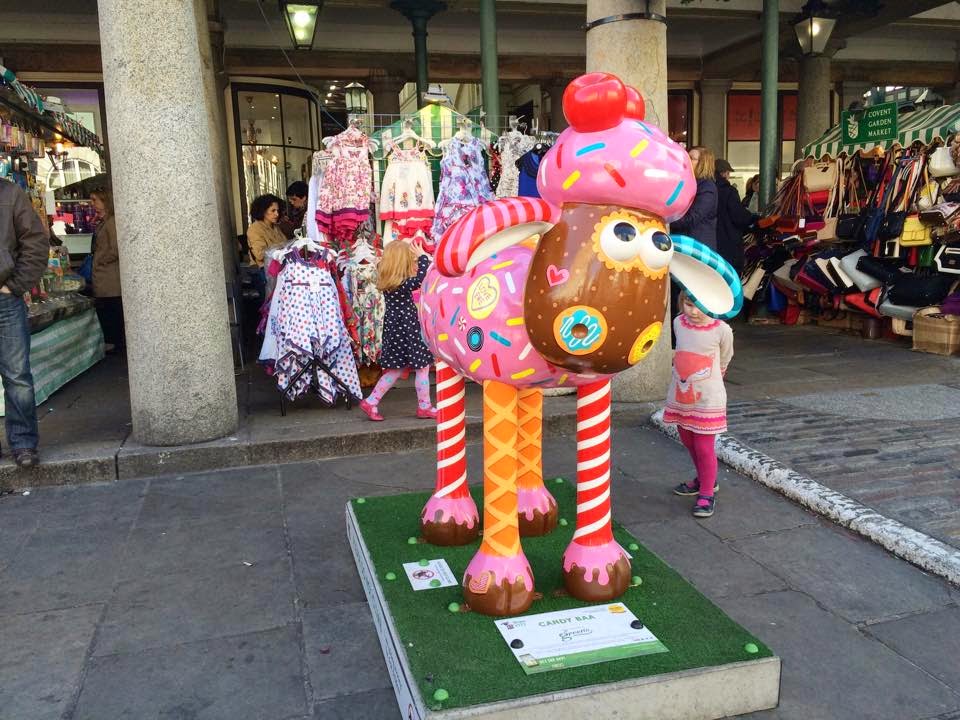 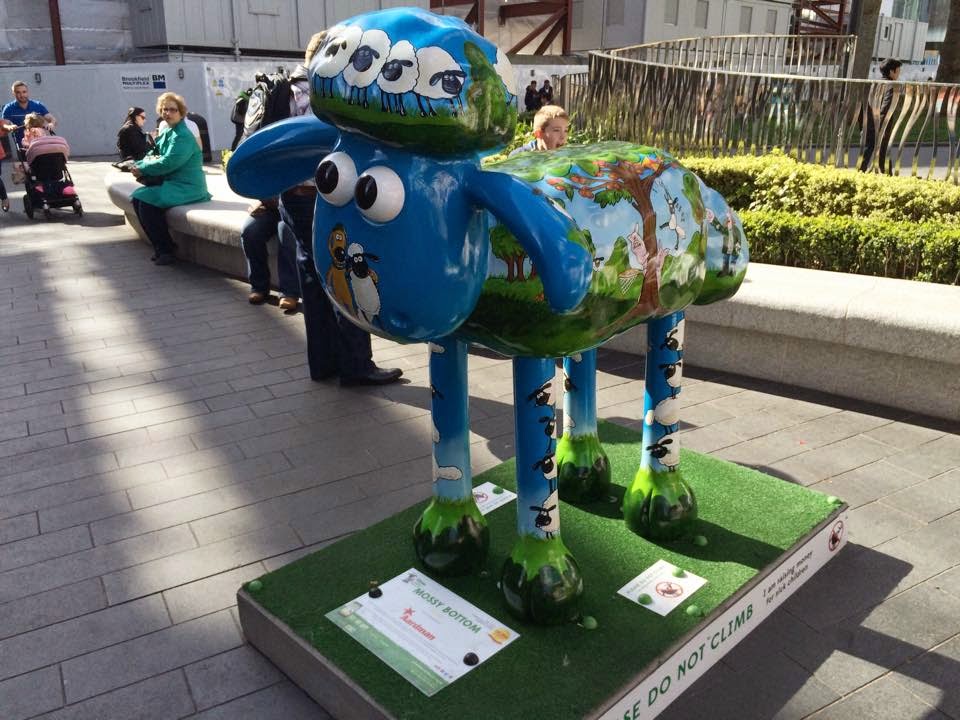 We then headed down to Piccadilly Circus where we popped into Bubba Gump Shrimp Company as I
worked there for the opening. It was so nice to see all of my old friends after five months, I don’t think I have ever had so many hugs in the space of five minutes! We didn’t stop to eat as we were heading to one of my favourite places in London – Covent Garden. On the way found loads of the 50 Shaun the Sheep statues that dotted around London. I think we must of stood in front of each one for about five minutes waiting for kids to move so we could get our own pictures of them.
When we finally got to Covent Garden we walked for what seemed like forever trying to find a place to sit outside and have a drink, but giving that it was Saturday, Sunny and well… London, we couldn’t find anywhere. We ended up walking to BE AT ONE which looked quiet and it was, because it was closed. Luckily enough it was opening in 15 minutes so we sat on the floor and waited for it to open. I can honestly say in all my life I have NEVER sat on the floor waiting for a bar to open until then and it was definitely not a proud moment! 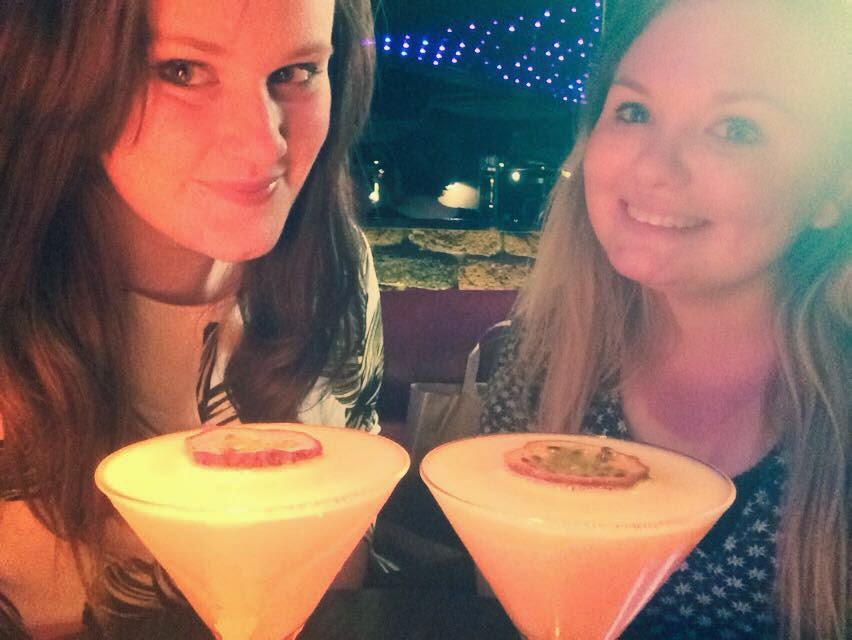 Once inside we took advantage of the happy hour and ordered ourselves some Pornstar Martinis and Candy Pants cocktails. They were absolutely amazing and we soon realised we are both totally incapable of pacing ourselves and we found ourselves without any drinks quite quickly! We sat planning some exciting upcoming blog related things then quickly headed out hoping no one would notice we had been sat there for ages without a drink!
We took a slow walk towards Holborn (I actually can’t remember why now) and ended up sitting in Subway until I had to leave for my train, which wasn’t too bad as I managed to get a free cookie from the employee I am pretty sure was high.
I had an absolutely amazing day and by the time and by the time I got home I was dying to get into bed and watch Netflix, which I think was well deserved as I think we did 16,000 steps in total! It was amazing getting to meet one the bloggers behind the blog and I can’t wait to see Adele again and meet some more of you lovely people!

Ways to Save Money for Travel | Travel