Those of you that follow me on Twitter will know that I am in a happy, interracial relationship and have been for a while. I met my boyfriend in 2012 while we were both living in the same University accommodation in London and as soon as we met it was as though we had known each other for a lifetime. The story of how we got together is actually a really long one and I will probably write about it at some point as it is the classic ‘I fell in love with my best friend’ scenario, but all I know is that throughout the entire time I have known my boyfriend I have never seen him as anything less because of his skin colour.

This post is going to tell you about my experience of being in an interracial relationship as I am incredibly shocked about the things that have happened to us in our two years of being together. To be quite honest, before my relationship I didn’t realise that people were capable of being so narrow-minded.

I know that racism is still a huge issue, even today and it shocks me the lengths that people will go to to make someone feel like less of person because of their skin colour. I think I was actually quite naive to begin with as for a while I thought that only my boyfriend could experience racism in our relationship, but I started to notice that certain comments from people would start to make me feel really small.

One certain girl that was living with us in our University halls made it her mission to make my life hell, purely because she knew there was a chance something was going on between me and my (now) boyfriend. In fact, the entire time we were living at halls we kept our relationship a secret as we were afraid of what would happen if she found out.

This girl was black too and because of this she took a liking to my boyfriend straight away. I remember her saying to me in one of the first few days that I met her that she was attracted to him because ‘they have to stick together’ which I guess I didn’t really understand in such a diverse and accepting place as London.

‘I started to notice that she would refer to me a ‘the white girl’ and make comments about how I wasn’t as good at certain things as she is.’

A lot of the drama that happened between us was secret and because we had the same friendship group, unfortunately we had to spend a lot of time together. I started to notice that she would refer to me a ‘the white girl’ and make comments about how I wasn’t as good at certain things as she is or she would comment on how she’s more attractive as she has naturally bigger features. At first I tried to push it out of my mind, but the more she said it the more it got to me.

When we finally told everyone that we were together a lot of people started asking questions like ‘what do your parents think?’ which really really shocked me! Why would my parents want not want me to date someone of a different race? My parents are incredibly accepting and have always said as long as they treat me right, they don’t care who I am with. Even after two years I still get asked that question when people meet my boyfriend, I don’t even justify it with an answer anymore.

‘My parents are incredibly accepting and have always said as long as they treat me right, they don’t care who I am with.’

As our relationship progressed I started to notice that when we were out in public a lot of people would stare at us, as though we were from a completely different planet. I had no idea that so many people had an issue with interracial couples, but when I noticed how many people would stare at us I started to realise that a lot of people considered it something worth looking at. At first, I used to wonder what people were thinking when they stared and whether they were looking at me, my boyfriend or both of us. To be honest I don’t think I could actually imagine the things they were thinking because to me, our relationship was normal.

I think one of the worst examples of this is when we went to Venice together as it felt as though absolutely everybody there was staring at us. I remember being sat on the bus going back to our hotel and this one woman, in particular, stared at us the entire time home, I got so uncomfortable that I had to get my boyfriend to stand in front of me so I couldn’t see her anymore.

About six months after we had moved out of student accommodation and had started living together, we noticed that the girl that had caused so much trouble in halls had started popping up into our lives again. She would post a lot of indirect statuses about me on Facebook about how I am a white girl from a well off family and that I wouldn’t know hardship if it hit me in the face. There were a few other more personal things said, but that isn’t something I want to get into here as it’s not something I am comfortable sharing yet, but it definitely hit me hard. I genuinely couldn’t believe she was at it especially as we hadn’t heard from her in so long.

‘She posted on Facebook that it was wrong for us to be together and that black and white people shouldn’t be allowed to have children together.’

After a couple of statuses attacking me, she started posting stuff about my boyfriend and his family too. The one thing I will never forget though is what she said about him being in a relationship with me. She posted on Facebook that it was wrong for us to be together and that black and white people shouldn’t be allowed to have children together. I was absolutely disgusted and so was my boyfriend, he ended up commenting and getting into a huge argument with her about it. I have honestly never experienced so much ignorance in all of my life and I am shocked that some people actually believe that. 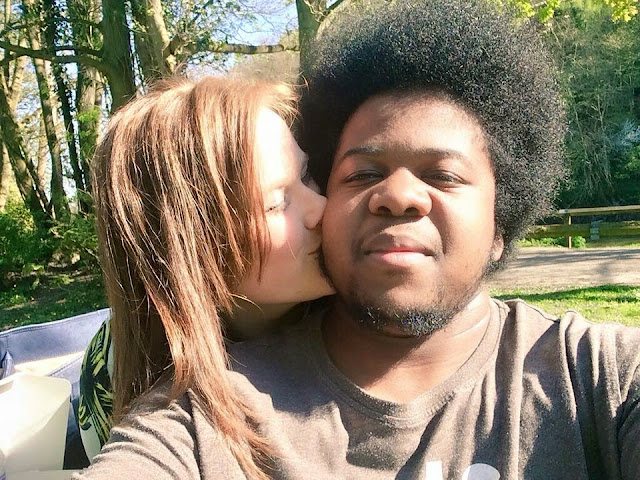 I know that this was a long post and I am sorry, but this was something I really wanted to share with you all. It’s not easy being in an interracial relationship, but I wouldn’t change it for the world. I don’t know if I will ever get used to all the comments, questions and staring but what I do know is that I won’t let it bother me as much as I used to. I am in a happy, healthy and loving relationship and just because we are from different races it doesn’t mean we can’t be together.

Why Should Your Business Use Storage Solutions?

Showing my Support for the Smaller Artists