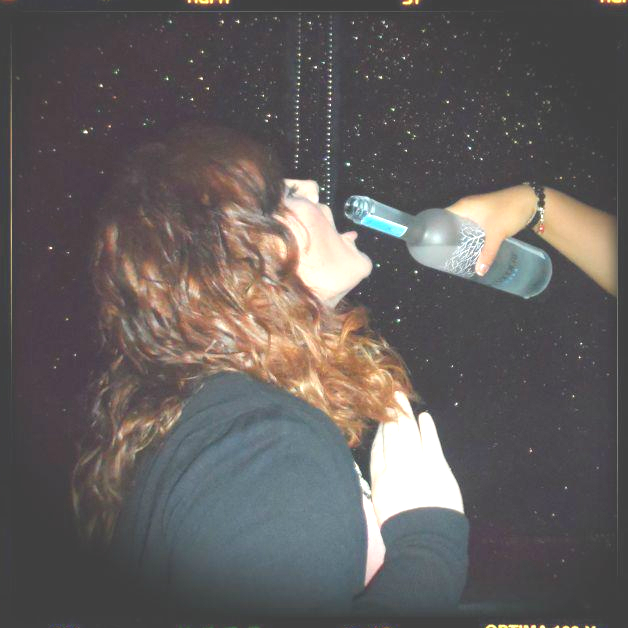 Today I read something that made so angry I had to write this post. I came across an article on Facebook that was posted by the Daily Mail about certain clubs urging people to not bring ‘fat people’ with them when they try to get in.From personal experiences, I was well aware that this was happening, but the article still made me really mad. To see that the club promoters had actually text people saying things like ‘make sure you don’t bring any fat/ugly girls to the door or you will get turned away or charged’ made me feel physically sick. Since when has it been acceptable to tell somewhere where they can and cannot go based on their size? The whole world would be kicking off if someone got turned away from a restaurant just because they ‘didn’t have the right look’.

What made this whole situation is a London club promoter (who I won’t name and shame) shared this saying ‘you won’t find that on our nights out’ when I know full well that you will – I have experienced it first hand.

Flashback to my second year of uni when with my friends the coolest thing to do was go out in Mayfair and Kensington, get free bottles of vodka at your table all night and drink until you’re walking home with no shoes on. Sounds great right? WRONG.

I was a lot smaller in my second year than I am now but I was still incredibly conscious about how I looked. I couldn’t afford nice clothes or makeup as I was a student living in London without a job, so I always borrowed dresses from my friends and wore the same pair of heels on every night out. As my friends new all of the right club promoters that I mentioned previously, two to three times a week we would get dressed up and head into central.

I did not fit into that world at all and to be quite honest, I was quite naive to everything that was going on at the time. I was blissfully unaware that the times we were turned away or I was made to pay £20 to get into a club it wasn’t because it was busy, it was because they didn’t like how I looked. My friends would even go ahead of me and talk to the host before we went in and at the time I had no idea what was happening.

Towards the end of the uni year, I wasn’t invited out as much as normal and it wasn’t until I went back to London in the summer after my second year to retake an exam and I met up with one of my friends that she told me everything that was happening. She said that the club promoters had said that they won’t be let in anywhere again if I am with them because they didn’t like how I looked, and SHE WENT ALONG WITH IT. You can imagine the look on my face there was no way in hell she could justify that. We haven’t spoken since.

The more I thought about it the angrier I got, who the hell are they to charge someone or turn them away based on their weight or their outfit? Why should someone be made to feel like that just because they’re not a model or they can’t afford to wear a different pair of Louboutin’s every day of the week?

Okay, so they want to give out the image that they are high class? The only impression I get from that is that they’re so far up their own asses it’s unreal.

I can’t believe that this is something that happens daily and I would hate to think that so many more people are made to feel the way I did. Everybody is beautiful in their own way and I don’t think anyone has the right to tell you that you can’t enjoy yourself just because of the way you look. It’s disgusting to think that it’s okay for these places to charge people more just because the person at the door doesn’t like the way someone looks, or how they are dressed. I am at a loss as to what I am supposed to do from here but all I know is that this shouldn’t be happening.

Sorry for the ranty post, sometimes you’ve just gotta say how you feel. As much as I hope the answer is no, has anyone else ever experienced something like this?

If you've ever found yourself scrolling through Instagram and all can you see is rows and rows of 'perfect' photos of people travelling well don't worry, because that's definitely not what you're going to find here.I'm a true believer that life is what you make it and although I don't always have the best luck while travelling, it's the thing that fills me with joy. With lots of mistakes, mishaps and chaotic stories behind me, I thought here was the perfect place to share my stories (along with everything I've picked up along the way)

5 At Home Date Ideas For Valentine’s Day In Lockdown

Building Confidence In The Wonderful (And Slightly Abstract) World Of Dating

If you've ever found yourself scrolling through Instagram and all can you see is rows and rows of 'perfect' photos of people travelling well don't worry, because that's definitely not what you're going to find here.I'm a true believer that life is what you make it and although I don't always have the best luck while travelling, it's the thing that fills me with joy. With lots of mistakes, mishaps and chaotic stories behind me, I thought here was the perfect place to share my stories (along with everything I've picked up along the way)

Gates of Heaven Lempuyang Temple: A Guide To Getting The Viral Photo

Packing Pro: A Practical Guide to Packing For a Weekend Away

Packing for a weekend away can be tricky, but with these top tips, it should be a breeze! Follow them and you'll be able to travel light - without sacrificing comfort or style. Enjoy!
Read More

Best Temples In Bali: Where To Visit and What Time

Things To See In Budapest

Travel Anxiety: My Top Tips for a Stress-Free Trip

Dubrovnik Riviera Guide: Why Dubrovnik Is More Than The Old Town